The Beginner’s Guide and FAQ for Minecraft Earth 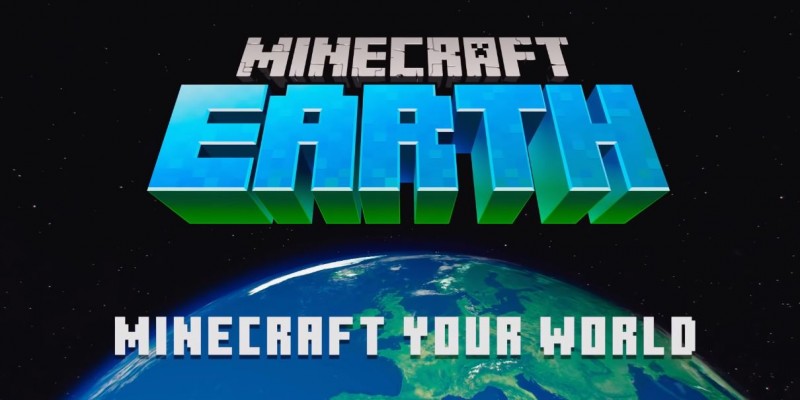 There have been few AR games that really deserved becoming a hit. Ingress, then Pokémon GO, then Harry Potter: Wizards Unite. Now here comes the fourth one, and it’s Minecraft Earth. It’s a mobile app that merges the classical Minecraft with your real environment. It’s been released just recently (though lucky few had their chance to test it before), and here is how to get started with it.

What Is Minecraft Earth?

First of all: it’s not an addon to the original Minecraft. It’s quite a standalone game, though it shares more than just the name with the stationary version. There are many things in common:

•   Minecraft Earth also features cube-based brick building and crafting;
•   It has Survival and Creative modes;
•   It lets you share your buildings and skins to other people and sell them on the Marketplace.

The difference, though, it serious enough. First of all, it’s an AR-based game. On real locations, you can find useful blocks and bricks, use them to craft weapons, see attacking enemies through the camera of your phone, and use your weaponry to fight them back.

Second: logically, it’s meant for mobiles. There are versions both for iOS and Android, and they are quite identical. Probably the Android version will be modded by enthusiasts, and iOS version won’t. But it’s too early to talk about mods.

Not that Minecraft is going mobile for the first time. The mobile version of the core Minecraft game has been around for long, and it was quite compatible with PC or console versions. But it’s time to go completely mobile, and for obvious reasons Earth won’t have a stationary version (except for some hub that integrates your achievements in both games… maybe).

What Does It Take to Install Minecraft Earth?

Though it’s a 2019 release, its requirements are quite modest. When it comes to iPhones, you’ll need a device that supports at least iOS 10. In fact, even iPhone 5 is powerful enough to play it (though the convenience of playing Minecraft on its 4” screen is questionable). We’d recommend using iPhone 6 or fresher. As for Android, it will take at least Android 7.though on Google Play they say it depends on the device). You will not need a VR set (if you suspected that).

You will also need a Microsoft account (the one you use with your Windows or OneDrive will do). Now Microsoft is the distributor of Minecraft, and it integrates the game with its services, for example, Xbox. It doesn’t oblige you to do anything but register and log in.

And don’t forget a capable power bank. All AR-based games are heavy battery eaters, so, regardless of the platform, your device will consume lots of energy. It can only last for hours unless you feed it with extra energy all that time.

Because it hasn’t been officially released. Those happy ones who publish their gameplay videos on YouTube are those who bothered to sign up for the prerelease version and were lucky enough to participate in the Early Access program. It also depends on the country you live in. The game will not be available in all of them from the start, but the release will spread worldwide, covering groups of countries, by the end of the fall. Now you can register to preorder the game; as soon as it’s available in your region, you will be informed.

How the Gameplay Feels

As we have mentioned, it’s the same sort of game as Pokémon GO, or Harry Potter: Wizards Unite. You need to go outside and walk around your town (or wherever you happen to be) with your phone on and location services active. Just watch your step while playing.

On the in-game map, you will see tappable objects. They include trees you can chop to get wood, stones to gather, treasures, chests, chickens and pigs (that resembles Pokémon GO the most). You can collect materials and save them to your inventory, and then craft tools and weapons out of the materials you have.

You don’t even have to look at your phone all the time. It vibrates when you approach a tappable. Then you will need to walk around a little to discover it. It’s enough to tap it on your screen to collect (thus the name). Don’t bother if you can carry it: in Minecraft Earth, the inventory is unlimited at all, so you can collect anything at all. Greed, for lack of a better word, is good. Greed is right, greed works!

You will need weapons when you encounter running horde of skeletons or wild animals. Run when you see lava or build yourself a durable shelter. Dig when there is a sign of a treasure around.

The more objects you find, tap and collect, the more score you get. Collecting these experience points helps you upgrade and unlock new items to craft. That leads to overall leveling up, so XP are just as useful as items and materials.

There will also be Adventures on the map; if you approach one, you will be notified with vibration. They may include exploring cages, fighting skeletons, and so on. One of the upcoming upgrades will unlock this feature.

But, just like in the desktop version, building is even more fun. It requires sufficient open space to build, because one block is 1 meter high (deep and wide as well), and a structure may be up to 64 blocks in height. There might be smaller (partial) blocks, though.

It has been said on the official Minecraft site that the game will be free to play. Yet its page on App Store puts the price as $6.99. It seems a bit controversial, but it may be the last moment decision. After all, the original Minecraft is paid from the beginning, in addition to its in-game market, and still, it doesn’t lack fans.

On the other hand, Google Play doesn’t name the price. The ultimate truth is that the game is still in early access, only available to the lucky few. So it doesn’t matter so far whether it’s offered for free or for money: anything can be changed at the latest moment.

There is only one thing clear: Minecraft Earth will be profitable, with millions of players ready to invest. So far mobile gaming makes up 45% of the overall gaming market, and with giants like Minecraft Earth the balance can shift further, adding to the mobile pan of the scale.

Q1. Can I play Minecraft Earth when inside?

A1. In fact, yes, in some way. You can get your buildplates, premade structures by developers, prepared. A simple table provides enough flat space to start. And then, on the building site, these preparations can save your time. You can also do trading.

Q2.  Are there any templates in the beginning?

A2. Yes, the default five templates are included in the original package. You can purchase more on Minecraft Marketplace for rubies, and the rubies can be either earned or bought for real money.

A3. Surely this question is inspired by news from Tesla. Though these electric cars are told to support Minecraft soon, it has nothing to do with Minecraft Earth. In fact, you can only play it if you are moving at 15 mph or slower. If you are a passenger, why not play. But if you are behind the wheel, don’t even think of it! Craft responsibly!

Q4. Is there a multiplayer mode?

A4. Yes, it’s already here. You can invite your friends or contact strangers that happen to be around with Minecraft Earth launched.

A5. Yes, Mojang and Microsoft will introduce innovations constantly. There will be a special tab for crafting items or detecting ores. There will also be more various mobs.

There will be more on Minecraft Earth as we explore it, and as Microsoft rolls out the release version. But even what we have now is quite impressive. The next obsession for 2020 is on its way.