The Witcher 4: All About Release Date, Plot, Characters and Other Rumors 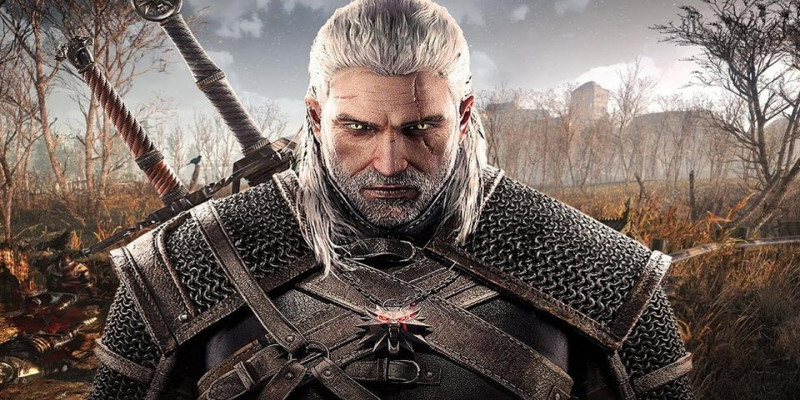 It seemed three years ago that the two addons for The Witcher III would be the grand finale of the trilogy. Even those were more than fans could expect; though being paid, these expansion packs made the game great again. And that was that: CD Projekt RED officially reported that the Witcher Saga, following the adventures of Geralt the witcher, the White Wolf, was over.

Return of the White Wolf

But in late 2019, the franchise got hyped again, due to Netflix series starring Henry Cavill, and the studio couldn’t ignore the new coins to be tossed yet. Three years after the release, The Witcher 3: Wild Hunt became even more popular than when fresh; according to Steam, it had more players running it simultaneously than ever. (In fact, this was due to incredible discounts caused by that very TV show; the price after its launch was about 70% reduced).

The developer didn’t drop in any new content to get this hype, obviously focused now on Cyberpunk 2077. In fact, there was still a lot to explore; the adventures of Geralt of Rivia are full of choices and options, so The Witcher 3 is highly replayable, and the fact that every side quest was handwritten and produced individually, makes it even more attractive. Still, it’s the game of 2015, and now, as the new console generation is about to arrive, the visuals, no matter how great in 2015, will need updating.

Is The Witcher 4 Planned?

Officially, the answer is no. CD Projekt RED is focused on Cyberpunk 2077 (scheduled on April 16, and it may get delayed again). In addition, the Polish developers have already told that The Witcher had been planned as a trilogy, and the third installment would be the final.

But there is indirect evidence that The Witcher saga is not to be abandoned. First of all, there is a lot to explore aside. In October 2018, the fans got a standalone version of Gwent, the built-in collectible card game from The Witcher 3. The same month Thronebreaker: The Witcher Tales hit the stores. And in 2019, Gwent made it to iOS. The franchise still flourishes, so why reject it?

Second, the developer has announced some AAA RPG in 2021. The announcement was published on the official forum in February 2019, but there was not a hint about what a game that would be. Hardly will it be a sequel or a spinoff of Cyberpunk 2077, given that the first installment is yet to come. So… what? Something brand-new? Or a new take on a familiar universe?

Third, CD Projekt RED has negotiated a new deal with the author of the original The Witcher series, Andrzej Sapkowski. It seems probable that the studio plans some new releases, now fully authorized. If there had been any issues with the earlier release, we would have known.

All these indirect indicators confirm that The Witcher saga will continue. There is no info on The Witcher 4 release date. Even more: we don’t know whether the name will be The Witcher 4 or something else.

Will It Be a Real Sequel or a Spinoff?

If we mean the game to be released in 2021, let’s hope it’s not the Witcher 4. The third installment’s budget reached $81M; as for the time, it was 3.5 years. REDengine 3 was created by the developers on their own (later upgraded to REDengine 4 and used in the most expected game).

A real sequel would require a similar approach but more attention to detail and probably a bigger world, with more characters and more quests. If CD Projekt RED didn’t take enormous efforts to keep this enormous work clandestine, there is no reason to expect the next installment in 2021.

But a spinoff would be more probable, and there are reasons for it. First, the developers said that the saga of Geralt is over after Blood and Wine. It is a trilogy, and it assumes no fourth installment. We wish George Lucas had said it one day, but it was Marcin Iwinski, the co-founder of the company, who denied any plans for sequels.

So, The Witcher 4 (or whatever they call it) will not be the new adventures of Geralt the White Wolf. He may appear as an NPC or a secondary playable character, though – something like the playable Ciri in Wild Hunt.

What Will The Witcher 4 Be Playable On?

It is no earlier than 2021 that the new The Witcher game hits the stores. So the 9gen consoles will already be in use. It makes sense to release the game for Sony PlayStation 5 and Xbox Series X.

Probably there will also be a PC release. Unlike, say, Rockstar Games, CD Projekt RED releases its games for major platforms simultaneously, so PC players will not have to wait long. The only game-changer may be Google Stadia (and the entire cloud gaming industry). It’s not clear about Nintendo Switch; by the moment The Witcher 4 is released, the console will become obsolete. Nintendo may release its successor, but it may take more time to release the game for the new Nintendo console, whatever its name is.

And What Would You Choose?

The Witcher implies a lot of choices, so what would have you chosen? A direct sequel, or a spinoff about Ciri, or a story of another witcher? A story-based RPG with the same mechanics and lots of side quests, or finally a multiplayer? Share your vision of the perfect The Witcher game in a comment.